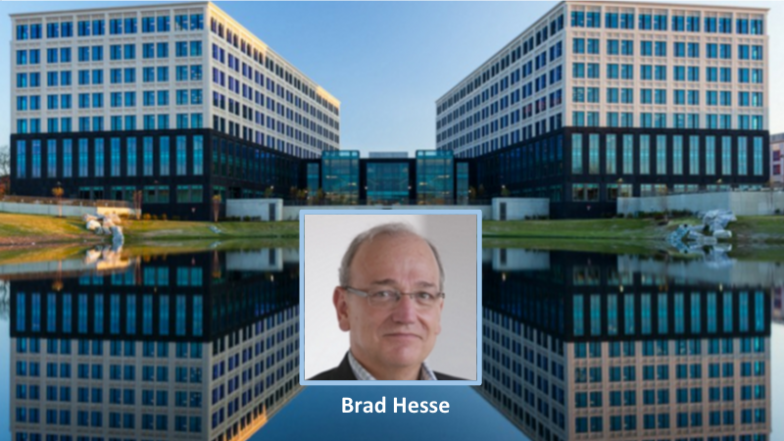 Hesse was appointed Chief of the National Cancer Institute’s (NCI) Health Communication and Informatics Research Branch (HCIRB) in November, 2006. He served as the Acting Chief of HCIRB from 2004-06.

Brad’s professional focus is bringing the power of health information technologies to bear on the problem of eliminating death and suffering from cancer, a cause to which he remains steadfastly dedicated.

While at the NCI, he has championed several initiatives that evaluate and progress the science of cancer communication and informatics, including the Health Information National Trends Survey (HINTS) and the Centers of Excellence in Cancer Communication (CECCR).

As director of NCI’s biennial Health Information National Trends Survey (HINTS), Brad is responsible for leading a team of scientists in the development and execution of this nationally representative, general population survey of American adults. HINTS, now entering its fifth iteration, systematically evaluates the public’s knowledge, attitudes and behaviors relevant to cancer control in an environment of rapidly changing communication technologies.

Dr. Hesse also served as the program director for NCI’s Centers of Excellence in Cancer Communication Research (CECCR). This initiative supports the research of four centers aimed at increasing the knowledge of, tools for, access to, and use of cancer communications by the public, patients, survivors, and health professionals. The centers have been instrumental in defining the next generation of interdisciplinary collaboration in cancer communication science.

Prior to his work at NCI, Dr. Hesse conducted research in the interdisciplinary fields of human computer interaction, health communication, medical informatics, and computer-supported decision making. In 1988, he served as a postdoctoral member of the Committee for Social Science Research on Computing at Carnegie Mellon University, and subsequently co-founded the Center for Research on Technology at the American Institutes for Research in Palo Alto, California, in 1991. Working in a contract environment before coming to NCI, Dr. Hesse directed projects for the Departments of Education and Labor, the Centers for Disease Control and Prevention, and the National Institutes of Health. He has also provided usability services to Apple Computer, Hewlett Packard, Xerox, Microsoft, Sun, and Netscape.

Skip to toolbar
We use cookies to ensure that we give you the best experience on our website. If you continue to use this site we will assume that you are happy with it.Ok